US and China Implement Even More Tariffs Against Each Other 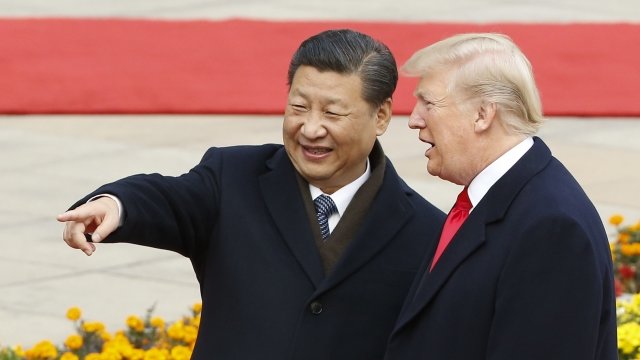 SMS
US and China Implement Even More Tariffs Against Each Other
By Katherine Biek
By Katherine Biek
September 24, 2018
The Trump administration implemented a 10 percent tariff on an additional $200 billion of Chinese goods Monday.
SHOW TRANSCRIPT

The U.S. and China imposed yet another round of tariffs on each other Monday.

The Trump administration implemented a 10 percent tariff on an additional $200 billion of Chinese goods — including bicycle parts, baseball gloves and various knitted fabrics.

And China retaliated with its own tax on $60 billion of American goods like meat and auto parts. Those tariffs range from 5 to 10 percent.

This is the first time the two countries haven't responded with tit-for-tat measures since starting this trade battle. Prior to Monday's round of tariffs, both the U.S. and China had already imposed taxes on $50 billion worth of each other's goods.

But as Newsy previously reported, this latest round of Chinese tariffs shows the country is running out of American goods to tax since it doesn't import as many products from the U.S.

Hundreds of U.S. retailers, including Walmart, Target and Macy's, warned the continued trade war could force them to increase prices. And some smaller businesses say they'll have to do so before the holidays.