US, China Extend Trade Negotiations As Both Sides Signal Progress 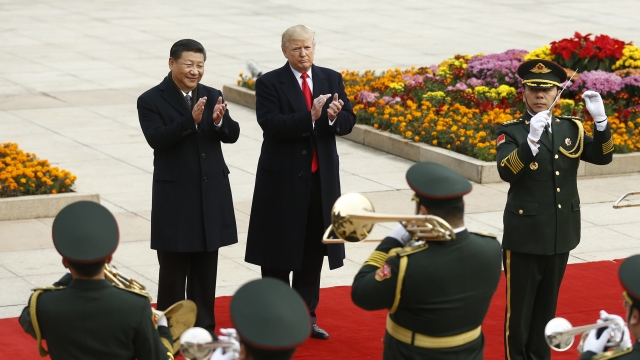 SMS
US, China Extend Trade Negotiations As Both Sides Signal Progress
By Nnamdi Egwuonwu
By Nnamdi Egwuonwu
February 23, 2019
Trade talks will continue until Sunday as negotiators work to find a resolution that will satisfy both US and Chinese leaders.
SHOW TRANSCRIPT

Chinese negotiators will stay in the U.S. through Sunday in hopes of reaching an agreement with American negotiators to end years of back and forth between the two countries.

President Donald Trump told reporters the two groups were making progress and he hoped to host Chinese President Xi Jinping next month at his Florida resort to solidify an agreement.

“I would say that it’s more likely that a deal would happen," the president said.

The commander-in-chief accused China of using predatory tactics to maintain a competitive advantage in some tech industries. In three different rounds, President Trump has slapped tariffs on $250 billion worth of Chinese goods. He previously threatened to raise the tariffs on $200 billion of those goods if an agreement isn't reached by March 2.

But the president's backed off that threat in recent weeks. As long as progress is being made toward an agreement, President Trump says he's open to extending the deadline.