US And Canada Reach Deal To Lift Tariffs On Each Other 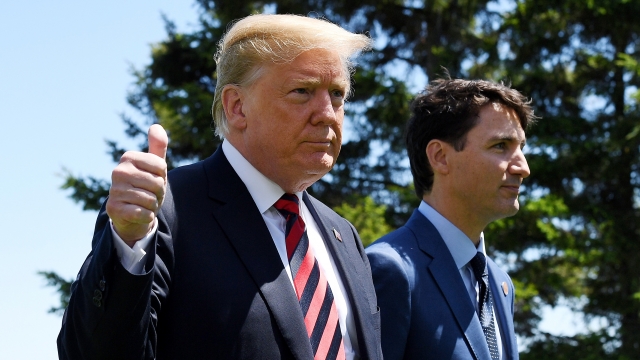 The U.S. has agreed to lift its steel and aluminum tariffs on Canada.

The two countries made the announcement in a joint statement Friday afternoon. The tariffs will be lifted within 48 hours.

The U.S. started imposing a 25% tariff on steel and a 10% tariff on aluminum imports from Canada in June of last year. In return, Canada imposed tariffs on $12.6 billion worth of U.S. goods.

All those fees will be lifted under this new deal, and both countries agreed to withdraw any pending complaints with the World Trade Organization. The deal also says both countries will take steps to prevent other nations, like China, from funneling their products to the U.S. through Canada, and vice versa.

The end of this trade war could be good news for the pending U.S.-Mexico-Canada trade agreement. That deal to replace NAFTA still needs approval from Congress, but Sen. Chuck Grassley was one of the key lawmakers refusing to move forward on it until the steel and aluminum tariffs were lifted.