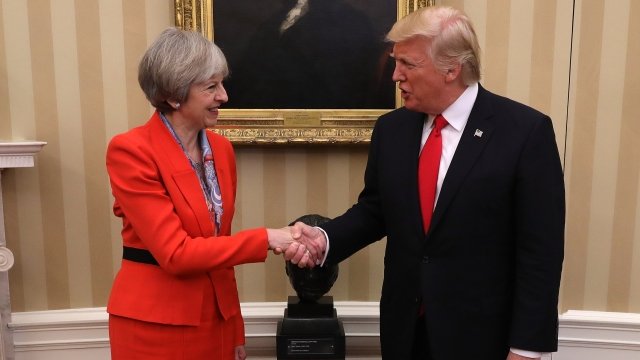 SMS
US Ambassador To UK Says He Thinks Trump Will Visit Next Year
By Briana Koeneman
By Briana Koeneman
December 12, 2017
The U.S. ambassador to Britain told the BBC he "absolutely" thinks President Donald Trump will head across the pond in 2018.
SHOW TRANSCRIPT

At least one person is confident President Donald Trump will make his way to the U.K. next year.

The U.S. ambassador to Britain said in a radio interview with the BBC he "absolutely" thinks Trump will visit in 2018, despite the president's Twitter feud with Prime Minister Theresa May.

"Well, I think a lot of that stuff was probably misinterpreted," Ambassador Woody Johnson said. 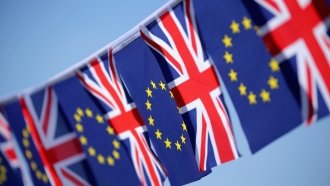 Things between Trump and May have been tense since he retweeted anti-Muslim videos posted by a British far-right group.

May criticized Trump's decision, and he responded by attacking her on Twitter.

According to the BBC, if Trump does visit the U.K., it will likely be a working trip and not an official state visit.