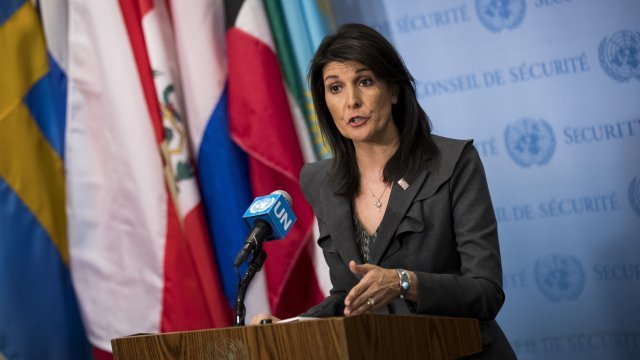 In a surprise announcement, U.S. Ambassador to the UN Nikki Haley says she's stepping down.

Haley met with President Donald Trump in the Oval Office Tuesday morning where the two jointly announced her departure from the administration.

Haley's been a strong supporter of the president and many of his policies. She was the face of White House decisions on the world stage, including its tough stance on Iran, budget cut announcements, and the U.S. decision to leave the Human Rights Council.

Haley will leave her post at the end of the year. She didn't say what she plans to do next.