US Ambassador To Mexico Steps Down 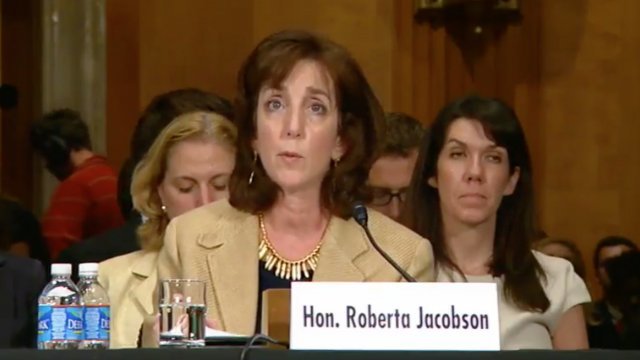 Jacobson is now added to a growing list of State Department officials leaving their posts under the Trump administration.

Things have been tense between Mexico and the U.S. President Trump continuously insists the former pay for a so-called border wall and threatens to end U.S. involvement in the North American Free Trade Agreement.

Jacobson took on the role in 2016 after being appointed by former President Barack Obama. Her departure follows Thomas Shannon Jr., the third-highest ranking department official who said he was stepping down last month. U.S. Ambassador to Panama John Feeley resigned this year citing irreconcilable differences with Trump.