US Investigating Reports That Airstrikes Killed 200 Civilians In Iraq 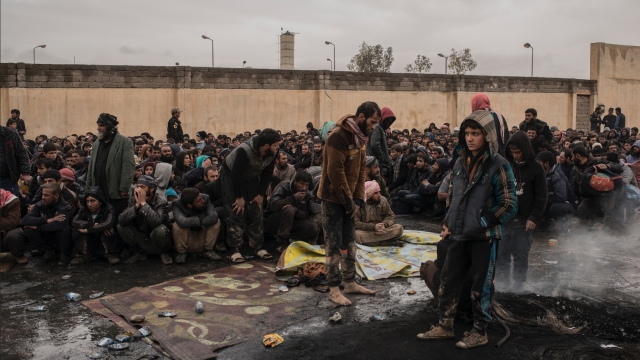 As many as 200 civilians might have been killed by recent U.S. airstrikes in Mosul, Iraq.

Mosul is the last ISIS stronghold in the country. The fight to liberate what used to be Iraq's second-largest city started back in October.

An Iraqi special forces commander told the New York Times the civilian deaths were caused by an airstrike his men requested to take out snipers on top of buildings near coalition troops.

But the basements of those buildings were filled with civilians, and officials are now looking into whether their deaths were part of an ISIS ploy to shut down airstrikes and garner public support.

The investigation is one of several opened this week amid reports of large civilian casualties due to U.S. airstrikes.

Those deaths could be partly caused by what one unnamed Iraqi special forces officer told the Times was a "noticeable relaxing of the coalition's rules of engagement" under President Donald Trump.

As expected, the proposed budget includes significant cuts to many federal agencies, like the State Department and Environmental Protection Agency.

Airwars, a nonprofit that tracks the death toll from coalition airstrikes in Syria and Iraq, noted that civilian casualties were over 1,000 for March alone. That's way up from 465 in December — a three-year high for the former Obama administration.

But U.S. officials pushed back against that suggestion, pointing out the fight has ramped up in recent weeks.

The U.S.-led coalition is fighting on three fronts: western Mosul in Iraq as well as Raqqa and Tabqa Dam in Syria.