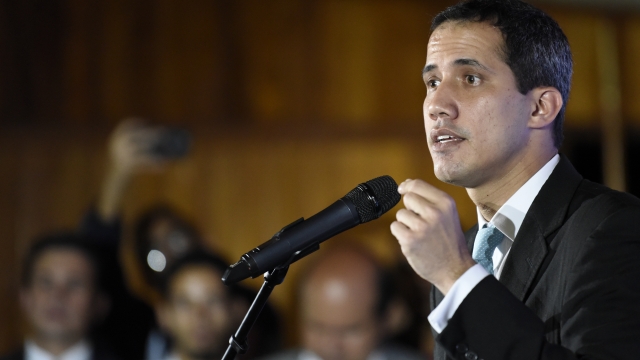 The U.S. Air Force sent three cargo planes filled with supplies for Venezuelan citizens to the Colombian border town of Cucuta on Saturday.

Let's recap the Venezuela situation: In January, Juan Guaidó, an opposition leader and head of the Venezuelan National Assembly, declared himself interim president. The U.S. quickly jumped in to support him and was joined by a number of countries, overstepping Venezuelan President Nicolás Maduro, who was sworn in for his second term in office at the beginning of the year.

Last month Guaidó called for aid to help starving Venezuelans, and this particular town is one of his three humanitarian aid collection points. The United States has pledged $20 million to help the struggling nation.

But Maduro rejected the aid, saying, "We are not beggars." His administration has also spread a rumor that the packages are contaminated.

It isn't clear how the supplies will actually get to Venezuelans — Maduro has blocked the bridge connecting Venezuela and Colombia with both physical barriers and security forces. Fox News reports thousands of volunteers still convened Saturday to try to enlist 600,000 people to distribute the aid.