The US Air Force Sent Bombers To The Korean Peninsula 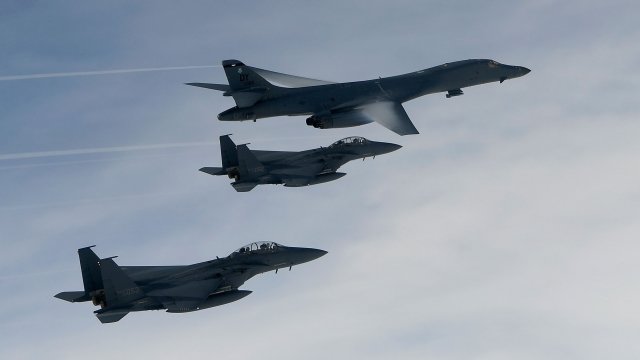 SMS
The US Air Force Sent Bombers To The Korean Peninsula
By Lindsey Pulse
By Lindsey Pulse
July 8, 2017
The move was in direct response to North Korea's recent missile test.
SHOW TRANSCRIPT

The U.S. is trying to send North Korea a message.

The U.S. Air Force sent B-1B Lancer bombers to the Korean Peninsula on July 7 — only days after North Korea tested an intercontinental ballistic missile that experts have said could reach Alaska.

The bombers were only doing practice drills, but U.S. military officials said the trip was made in direct response to North Korea's actions. 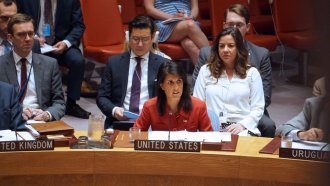 North Korea has been warned not to push its nuclear and missile programs. Still, the country has conducted at least 11 test launches since the beginning of 2017.

After 10 hours of drills, the bombers returned to their base in Guam.