Pentagon Accuses China Of Using Lasers Against US Pilots In Africa 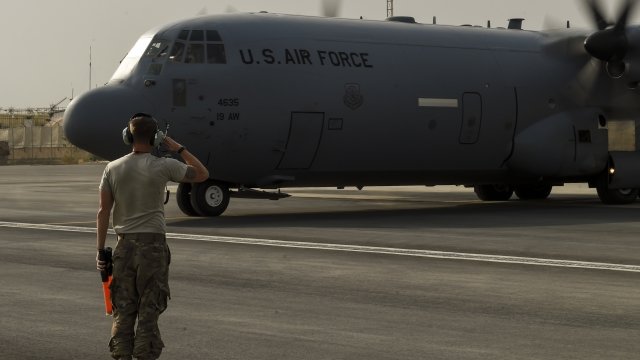 SMS
Pentagon Accuses China Of Using Lasers Against US Pilots In Africa
By Jake Jones
By Jake Jones
May 3, 2018
Washington issued a formal complaint to Beijing.
SHOW TRANSCRIPT

People have used lasers against aircraft for decades, and it's dangerous. It can temporarily blind a pilot. If that happens during takeoff or landing, it can put the crew and the people in the surrounding area at risk.

The U.S. has a large base in Djibouti, a strategically important location on the Horn of Africa. China recently built and manned its own base just a few miles away, which is believed to be its first military outpost in a foreign country.

Pentagon officials said they were confident China was behind multiple incidents, one of which left two U.S. pilots with minor eye injuries. Washington issued a formal complaint to Beijing.