Patients Are More Likely To Get Unnecessary Antibiotics At Urgent Care 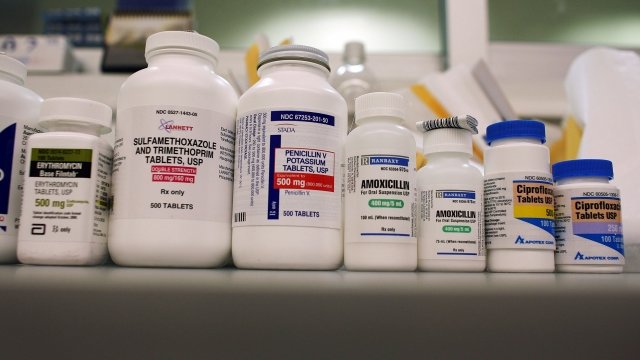 SMS
Patients Are More Likely To Get Unnecessary Antibiotics At Urgent Care
By Cristina Mutchler
By Cristina Mutchler
July 17, 2018
More than 45 percent of patients who go to an urgent care clinic with respiratory symptoms get an antibiotic prescription, according to a new study.
SHOW TRANSCRIPT

Urgent care clinics are prescribing too many antibiotics for illnesses that don't need them, according to a new study.

Researchers aimed to get a better look at antibiotic overuse, specifically in the urgent care setting, and found that the antibiotic prescription rates there are higher than in a traditional doctor's office. More than 45 percent of patients who visited the clinics with a suspected respiratory infection, like a cold or flu, received an antibiotic prescription.

The issue is, in many cases, those conditions don't respond to that class of drugs, and unnecessary antibiotic use has real-world health implications. According to the CDC, antibiotic overuse contributes to the growth of "superbugs," which are antibiotic-resistant. The agency calls it "one of the most serious public health problems" in the U.S.

Some urgent care physicians say over-prescribing may be in part due to patients demanding antibiotics, even when they're unnecessary. The study's authors recommend more research, as the findings aren't nationally-representative, but rather a snapshot of urgent care prescribing practices.