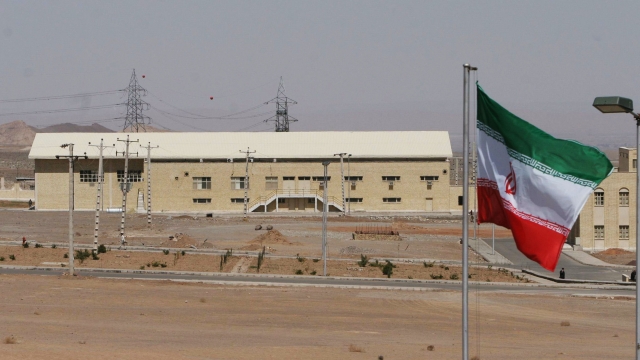 Iran has given European powers an ultimatum: Offer a new nuclear deal to offset the U.S.'s sanctions by Sunday, or it'll increase uranium enrichment.

The fate of the Iran nuclear deal was thrown into question when President Donald Trump withdrew the U.S. from it in May 2018. Over the next six months, the Trump administration reinstated all the sanctions that had been lifted. Then last week, the U.S. imposed even more sanctions, leading Iran to say those actions permanently closed the "path to diplomacy."

Iran's president said Wednesday if Europe doesn't come up with a new nuclear agreement, Iran will breach another limit by increasing uranium enrichment beyond 3.67%.

The enrichment process increases the percentage of a particular uranium isotope. When uranium is used as fuel for nuclear reactors, it's typically enriched to somewhere between 3% and 5%. To be used as a weapon, it needs to be enriched to at least 90%.