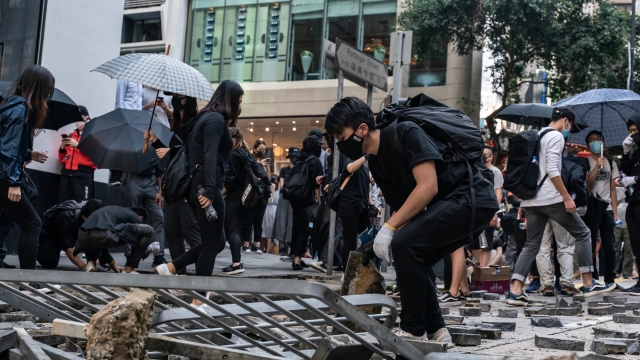 Most of the protests in Hong Kong have occurred on weekends. But recently, organizers have extended them into the work week. A protester is still in the hospital after an officer shot him. CNN spoke with another protester who argues police aren't held accountable.

Separately, police said protesters doused a man in flammable liquid and set him on fire. On top of these incidents and public transit delays, police issued a dire warning to the public.

"Our society has been pushed to the brink of a total breakdown," said Hong Kong Police Force spokesperson Kong Wing-cheung. "If anyone still finds excuses for rioters [or] violence, I suggest they do some soul searching."