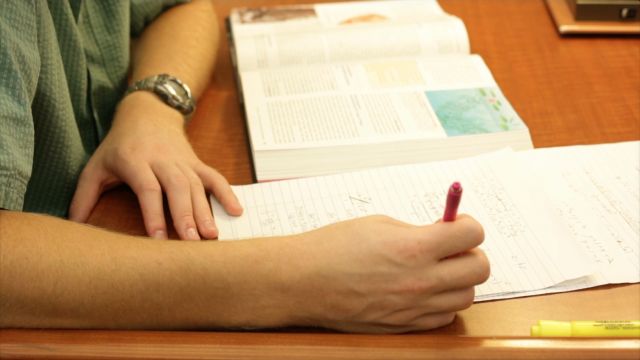 By Matt Picht
February 16, 2016
Paul Aker says he was arrested by heavily armed federal marshals for a $1,500 loan he took out in 1987.
SHOW TRANSCRIPT

A student loan debt from almost 30 years ago put one Houston man in handcuffs.

Paul Aker told KRIV seven armed U.S. marshals arrested him at his home for an outstanding federal loan of $1,500 he took out in 1987. Aker says he was made to sign a payment plan in federal court for the debt, which has gone up thanks to interest.

"I just couldn't believe that I'm standing before the court with no rights read to me, no legal representation," Aker said.

Rep. Gene Green told KRIV the government shouldn't be using heavily armed marshals as debt collectors. "There's bound to be a better way to collect on a student loan debt that is so old," Green said.

And Aker might not be the last Houston resident to receive an unwelcome visit; KRIV reports the marshals' office is planning to serve 1,200 to 1,500 warrants over student loan debts.

This video includes clips from C-SPAN.