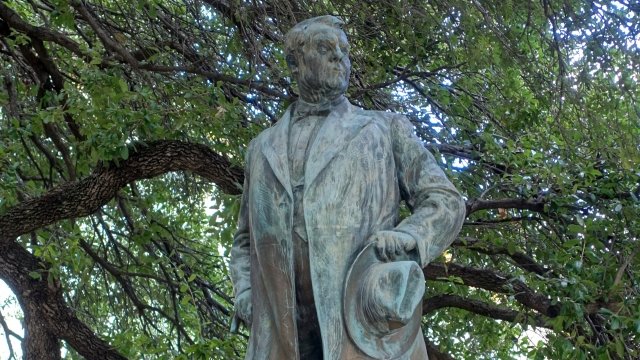 By Briana Koeneman
August 21, 2017
The statues of four prominent Confederate figures have been removed from a main area of the University of Texas' Austin campus.
SHOW TRANSCRIPT

The University of Texas at Austin removed the statues of four prominent Confederate figures from the campus's Main Mall.

A spokesperson told The Texas Tribune workers completed the job overnight "for public safety and to minimize disruption to the community."

Three of the statues will be moved to the school's Briscoe Center for American History. The university's president said he'll consider reinstalling the fourth somewhere else on campus.

The decision to remove the statues came a little more than a week after violent protests broke out in Charlottesville, Virginia, over the removal of a Robert E. Lee statue there.

Since then, several cities moved to take down their Confederate-era monuments — including Baltimore, Maryland, and Madison, Wisconsin.

And Duke University removed a statue of Lee from its campus over the weekend.