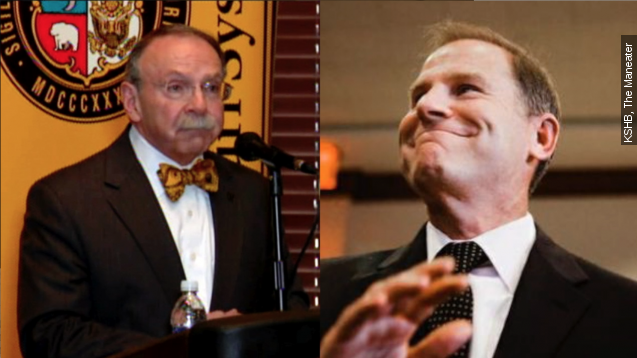 "The frustration and anger that I see is clear, real, and I don't doubt it for a second," Wolfe said.

Wolfe's resignation was one of the demands of Missouri's football team and a graduate student who was on day seven of a hunger strike.

Monday afternoon the University of Missouri's chancellor, R. Bowen Loftin, announced he will also be leaving his current job. This comes after the deans of nine MU colleges requested his dismissal due to a lack of confidence in his leadership.

Chancellor Loftin released this video back in October following accusations of racism on campus. "Join with me and everyone else who is truly part of this family and say enough is enough and stop it now," Loftin said. (Video via University of Missouri)

“And I think that students have the right, faculty have the right, our administration here has the right to expect that from the system. To have somebody in place that understands systematic oppression," said Missouri Students Association President Payton Head.

Loftin will transition to a new role as director for research facility development at MU at the beginning of next year. The UM System says it plans to hire its first-ever chief diversity, inclusion and equity officer in the next 90 days.

This video includes an image from KOMUnews / CC BY 2.0.