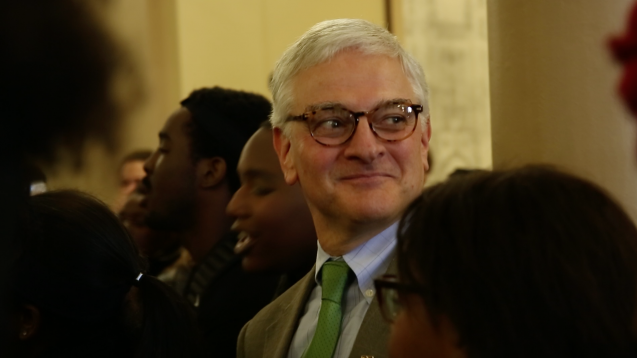 “They have done absolutely nothing violent," said Hank Foley, interim chancellor. "All they’ve done is asked for us to consider them more and to make them feel included and not to leave them out and to really live up to the principles we stand by.”

“Today our main goal is to shared governance, getting that meeting with the board of curators, which we have," said Shelbey Parnell, organizer of Concerned Student 1950. "But, also making sure everyone has a seat at the table.”

Students from other schools joined in Mizzou’s “We’re Not Afraid March.”

Now the movement has spread to other campuses.

And at Mizzou, administrators are trying a more open approach.