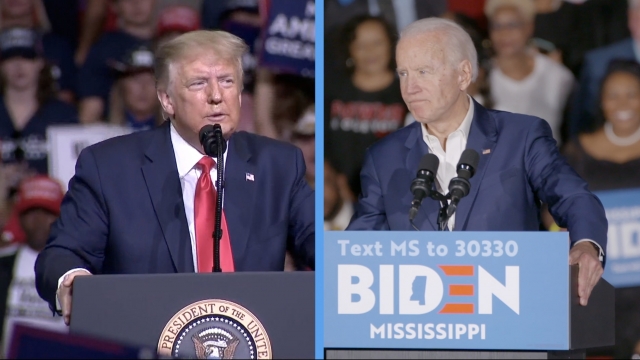 The debates between President Donald Trump and former vice president Joe Biden are still months away, but the coronavirus is already having an impact.

On Tuesday, the University of Michigan announced it would not host a debate, citing the safety of students and staff. Instead, the Oct. 15 debate will be held at the Adrienne Arsht Center in downtown Miami. That performing arts center was also the site of the first debate for the 2020 Democratic candidates.

The Commission on Presidential Debates is responsible for organizing these events every four years. Miami's debate is the second of three scheduled presidential events and will be set up in a town hall format.

The Trump campaign, however, has been pushing to add a fourth presidential debate. A statement from the president's campaign accuses the Biden camp of being quote "afraid" to expand the debate schedule. The Biden campaign told the commission in a letter that the presumptive Democratic nominee is committed to participating in the debates as scheduled, and accused the Trump campaign of trying to avoid "fair, even-handed debates."