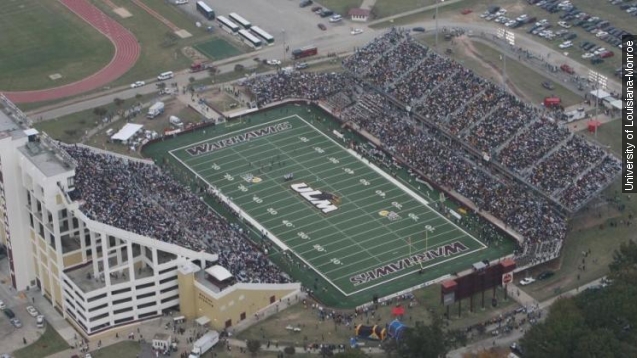 The University of Louisiana-Monroe announced one of its quarterbacks, 20-year-old Daniel Fitzwater, died Saturday morning.

KMSS notes Fitzwater, who played high school football in Shreveport, was named the All-City quarterback in 2012. This was his first season with ULM after spending two years at a junior college. According to NBC Sports, Fitzwater had a knee surgery that was keeping him out of the beginning of the season.

ULM's head coach released a statement saying, “The coaching staff and team are deeply saddened by the loss of a great person in Daniel. Our thoughts and prayers are with Daniel's family.”

News of Fitzwater's death has spread on social media, with many in the sports community expressing their condolences.

Right now, Fitzwater's cause of death is unknown. He leaves behind his parents and three siblings.