Lawsuits Filed Against University Of California Over SAT, ACT Exams 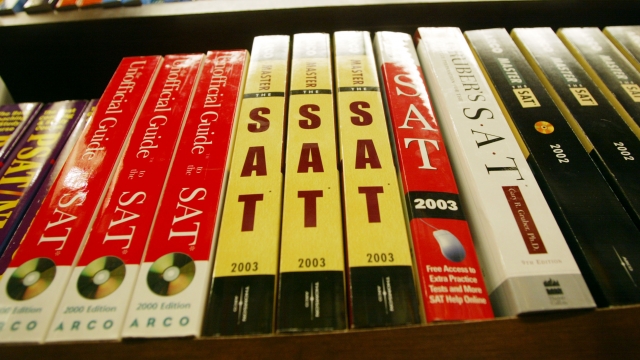 A pair of lawsuits filed Tuesday allege the University of California system violated state civil rights laws by requiring applicants to take the SAT or ACT standardized exams. The suits were filed separately by a coalition of students and advocacy groups, and the Compton Unified School District.

Each suit argues that the tests discriminate against disabled, low-income, multilingual and underrepresented minority students. Tuesday's filing follows a letter sent by the group's lawyers to UC officials in October calling for an end to the requirement.

Critics of the exams say the scores are influenced by socioeconomic factors like family income and race. They also argue that a student's high school record is better at predicting college success, and that exams can be a barrier for students who don't test well or cannot afford to pay for test preparation.

Mark Rosenbaum is the director of Opportunity Under Law at Public Counsel, the Los Angeles law firm that filed the suits. He said the exams "have not made their test development fully transparent" and that questions tend to be biased against minority students.

The lawsuits suggest a few alternatives to the SAT and ACT. These include a standardized exam given to all California 11th graders that tests the state's Common Core curriculum, or the adoption of the University of Texas system, which guarantees admission based solely on high school grades.

The University of California is one of the largest and most prestigious school systems in the U.S., serving more than 250,000 students. UC officials have reportedly debated whether to drop the tests, and a UC spokesperson told NPR a task force is currently investigating the use of standardized testing in admissions.

In separate statements to Newsy, both the ACT and the College Board — which owns the SAT — affirmed their commitment to helping students from all socioeconomic backgrounds achieve success.

College Board, though, took issue with the content of the lawsuits, saying "the notion the [SAT] is discriminatory is false," and that "any objective measure of student achievement will shine a light on inequalities in our education system."

The group also cited research supporting standardized testing and noted that it had revamped the SAT in 2016 to "improve college readiness and break down barriers to college."