Universal Basic Income Is A Hot Welfare Idea — But Can It Be Funded? 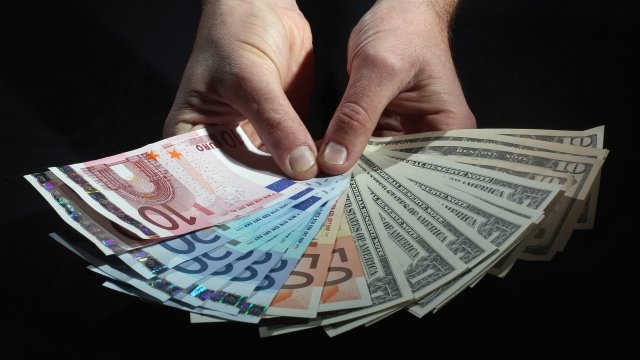 SMS
Universal Basic Income Is A Hot Welfare Idea — But Can It Be Funded?
By Ben Schamisso
By Ben Schamisso
August 8, 2018
Supporters say the program will be inevitable as more workers will lose their jobs due to automation. But critics question how it can ever be funded.
SHOW TRANSCRIPT

Universal Basic Income — or UBI — is a trendy but controversial idea among politicians and Silicon Valley leaders. The concept is simple: giving money to people every month without strings attached and at taxpayers' expense.

Proponents of the program hope it can reduce income inequality and soften the blow for those — like truckers — who could soon lose their job due to automation. They also argue that UBI could replace or supplement other more selective forms of welfare.

Pawar's initiative would provide $500 every month to 1,000 low-income families each, using donations from wealthy UBI supporters. Chicago would join Stockton and Oakland, California, and Finland in experimenting with small-scale UBI trials. But It's unclear yet how UBI would be financed on a larger scale and whether enough voters would rally behind the idea at a city, state or national level.

Unlike UBI critics, Pawar says the free cash program will not take away the incentive for recipients to look for a job. 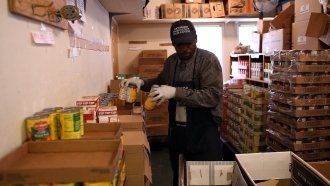 Food Stamps Have Evolved A Lot Over Time. Is Trump's Harvest Box Next?

"No one is leaving their job for $500 a month. When we hand over tax incentives to big corporations or we give tax cuts to rich people, the goal — the assumption — is that they're going to spend the money in the economy and it's going to circulate around, right? So, rich people do the right thing. But if we help poor people, or people who are struggling, with a little bit of cash so that they can make decisions about how to provide for themselves somehow we're going to believe that they all are going to go out buy champagne."

Seema Jayachandran, professor of Economics at Northwestern University, agrees with Pawar to a certain extent.

"I think the idea that most people are going to become lazy or waste their money is not borne out by the evidence," said Jayachandran. "At the same time, I do think  — especially when kids are at stake — we have to think about what is the social safety net for kids in those few exceptions, where parents might not be making the best decisions for them."

Jayachandran says two long-term examples of programs similar to UBI are the yearly check that Alaska gives its residents and the redistributed gambling income from a Native American reservation. While she says that both programs have helped reduce poverty, she also points out that the comparisons don't solve the ultimate funding question.

"Where have those been funded from? It's either natural resources or gambling. That's not the way that we're going to fund a U.S.-wide or even Chicago-wide UBI. If we have UBI without that tough discussion about taxes, it might lead to cuts to some of these other programs like food stamps, or Medicaid, etc. Obviously, if it was extra money for the poor, then that would make the poor better off, but then you have to tie it to this other discussion: How are we going to fund this thing?"

Alderman Pawar is working on getting more partners and donors on board before asking city council to vote on his initiative. Besides the UBI program, his resolution would also give the 1,000 chosen families their earned income tax credit payments on a monthly, rather than annual, basis.