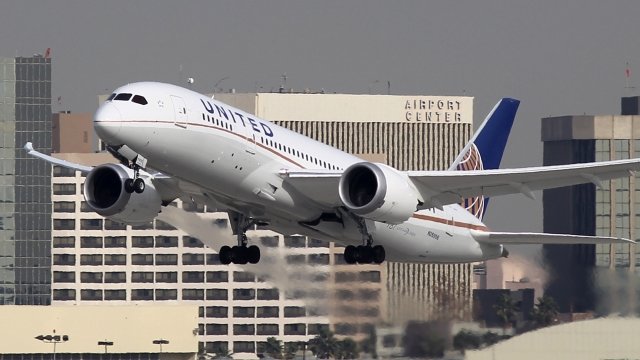 SMS
United Pauses Lottery Bonus System After Employees Complain
By Katherine Biek
By Katherine Biek
March 6, 2018
Under the new program, many eligible employees would not have received any sort of bonus.
SHOW TRANSCRIPT

United Airlines isn't going through with its plan for a game-show-style bonus plan after learning some employees didn't like the idea.

United's president, Scott Kirby, told employees in a memo Monday, "Our intention was to introduce a better, more exciting program, but we misjudged how these changes would be received by many of you."

That so-called "more exciting program" was essentially a lottery. Under the new system, which was announced Friday, qualifying employees could enter to win prizes each quarter so long as United reached at least one of its performance goals. One person would win $100,000, while other prizes included cash bonuses up to $40,000, vacation packages and luxury cars.

As the Chicago Business Journal pointed out, if eligible employees weren't lucky enough to have their name drawn for a prize, then they were left with nothing for their contributions toward the goals. United reportedly employs 90,000 people.

Kirby said the airline is "pressing the pause button" as it reviews employee feedback on the lottery bonus system. In the meantime, United will presumably return to its old quarterly bonus system, where eligible employees could be paid up to $1,500 per year.