Want To Design A Rocket? Here's Your Chance 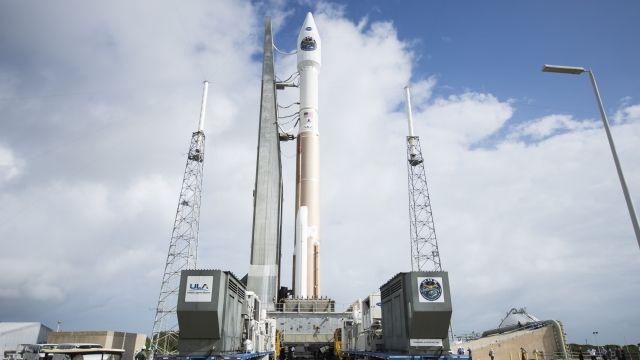 United Launch Alliance has a new interactive site where people can design rockets.

If you've ever thought to yourself, "I'd like to design a rocket someday," now's your chance.

The United Launch Alliance now has a website that lets customers design their own.

You can choose a launch date, type of rocket, orbit and several other customizations.

Although that might sound like fun-and-games, the interactive site is actually meant to drum up more commercial business for ULA.

The U.S. government is already a big fan of ULA's Atlas rockets, but the company is on a mission to branch into the commercial side of things, just like Elon Musk's SpaceX venture.

SpaceX is ULA's main competitor, and it already has a hold on a lot of the commercial market.

Both companies tout the affordability of their products. But Atlas rocket prices start at $109 million, while SpaceX's main launcher — the Falcon 9 — is estimated to hover around $61 million.

So ULA's rockets might come with a heftier price tag, but the company says that's because they're more reliable. SpaceX had a rocket explode back in September. Atlas rockets haven't failed in over two decades.

And, hey, for that money, at least you can have some fun choosing what you want.