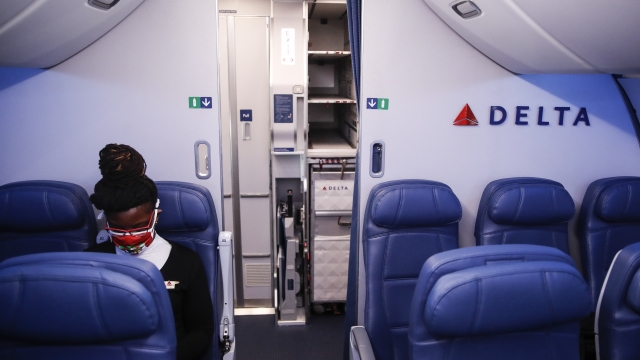 Airlines largely don't require pilots to keep their masks on at all times, reflecting a tense balance between flight safety and pandemic mitigation.

Two of the nation's three largest airlines have admitted to Newsy, masks are not always required for their pilots in the cockpit, contrasting information they previously provided to us. Newsy reported Tuesday American Airlines removed a captain from a flight, without pay, for insisting his colleague wear a mask in the cockpit. In that report, we noted United and Delta initially told Newsy their policies required pilots wear masks at all times on board. They did not note exceptions in the cockpit, despite being asked directly. Now, they've changed their tune.