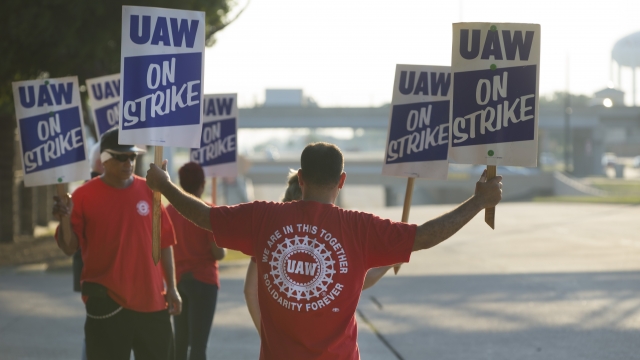 ​After the 2015 General Motors collective bargaining agreement expired Saturday night, UAW chose not to extend the agreement and go on strike.

Nearly 50,000 United Auto Workers union members went on strike against General Motors at midnight on Sunday, after contentious negotiations with the automaker.

It's the first GM auto worker strike to take place in over a decade. UAW Vice President Terry Dittes said Sunday, "We stood up for General Motors when they needed us most. Now we are standing together in unity and solidarity for our Members, their families and the communities where we work and live."

After the 2015 General Motors collective bargaining agreement expired Saturday night, UAW chose not to extend the agreement. The union said there were still "significant differences between the parties on wages, health care benefits, temporary employees, job security and profit sharing."

GM said it had presented an offer to the UAW that included over $7 billion in investments and more than 5,400 jobs, along with wage or lump sum increases in all four years of the deal and a ratification payment of $8,000.

President Donald Trump criticized the strike, saying, "Here we go again with General Motors and the United Auto Workers. Get together and make a deal!"