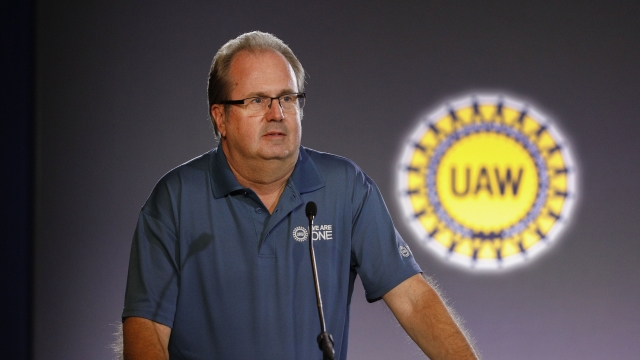 Gary Jones resigned just as the board voted to expel him.

The president of the United Auto Workers union, Gary Jones, has resigned following the board's unanimous vote for his expulsion.

Wednesday's vote came in response to a corruption investigation involving Jones and Vance Pearson, a regional director.  According to the board, Jones and Pearson, submitted, “false, misleading and inaccurate expense records.”

Earlier this month, Jones took a leave of absence after being implicated as part of a multi-year federal investigation into corruption in the union. Jones has not been charged, but federal agents did raid his house in August. In September, Pearson was charged with embezzling union funds and placed on leave.