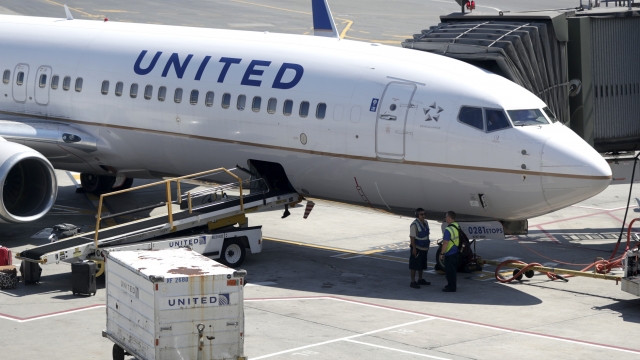 SMS
United Airlines To Furlough More Than 16,000 As Soon As October
By LeeAnne Lowry
By LeeAnne Lowry
September 3, 2020
Almost half the jobs furloughed are expected to be flight attendants.
SHOW TRANSCRIPT

United Airlines is planning to furlough more than 16,000 workers as early as October after federal aid runs out.

That's some 20% of its frontline employees.

Almost half of the furloughs are expected to be flight attendants, according to the union representing them.