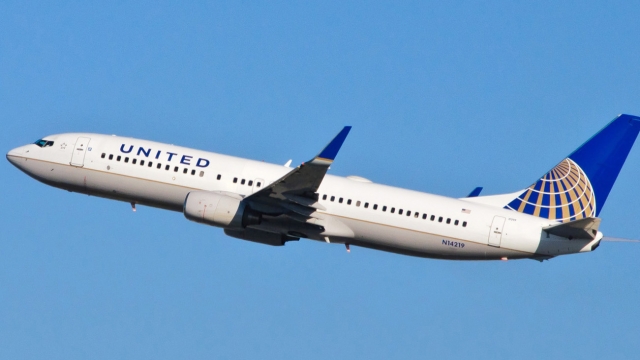 SMS
United Airlines To Cut U.S. Flights Due To Coronavirus Outbreak
By Ahmed Jawadi
By Ahmed Jawadi
March 4, 2020
​The company said it will reduce passenger-carrying capacity by 10% for U.S. and Canadian flights and 20% for international flights.
SHOW TRANSCRIPT

United Airlines said it will take several steps, including cutting a number of its flights, as it deals with recent financial losses amid the coronavirus outbreak.

The company said Wednesday it will reduce passenger-carrying capacity by 10% for flights in the U.S. and Canada and 20% for overseas flights starting in April. It will also temporarily ground some of its planes and freeze most hiring until "at least" the end of June. It's also asking employees to volunteer for unpaid leaves of absence.

Many airlines, including United, have already reduced service to other countries due to the virus, but United is the first one to cut its domestic flights. The company said it hopes these steps will be enough but acknowledged that "the dynamic nature of this outbreak requires us to be nimble and flexible moving forward in how we respond."