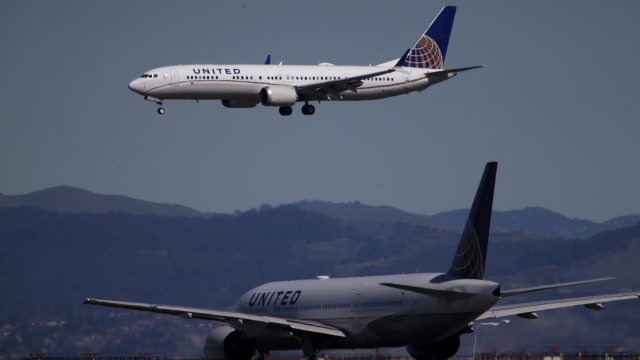 SMS
United Airlines Pulls Boeing 737 Max From Its Schedule Until June 2020
By Alec Larson
By Alec Larson
December 21, 2019
​The move comes in wake of news that Boeing will be halting production of the 737 Max in January.
SHOW TRANSCRIPT

United Airlines said Friday that it will be extending its cancellations of Boeing 737 Max flights until June 4, the longest that any U.S. airline is currently scheduling without the aircraft.

The move comes in wake of news that Boeing will be halting production of the 737 Max in January, with no clear indication of when production will resume. The FAA recently made said it still has nearly a dozen steps to complete before it can approve the aircraft for flight.

United said it expects to cancel thousands of flights in the next few months due to the grounding of the 737 Max. The airline will reportedly cancel nearly 75 flights per day this month and 56 per day in January.

A spokesman for United said, "By moving the return to service date back more than just a month - as we have done previously throughout 2019 - it allows us to have more certainty by providing our customers and our operation a firmer and more definitive timeline."

Boeing's 737 Max has been grounded worldwide since March after two deadly crashes involving the aircraft occurred within months of each other. The combined crashes killed more than 300 people.