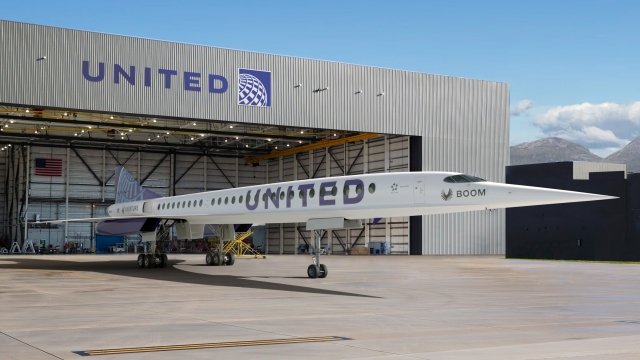 SMS
United Airlines Plans For Supersonic Air Travel By 2029
By Robin Dich
By Robin Dich
June 4, 2021
Startup company Boom Supersonic says the planes haven't been built yet, but they will fly at 1.7 times the speed of sound.
SHOW TRANSCRIPT

United Airlines is trying to bring back supersonic travel.

It announced it's buying 15 new jets from a Denver startup.

The jets would carry between 65 to 88 people at a speed of Mach 1.7 and it would cut flight times almost in half.

A flight from New York to London would be 3.5 hours compared to the normal 6.5 hours.

United plans to have passengers on-board by 2029.