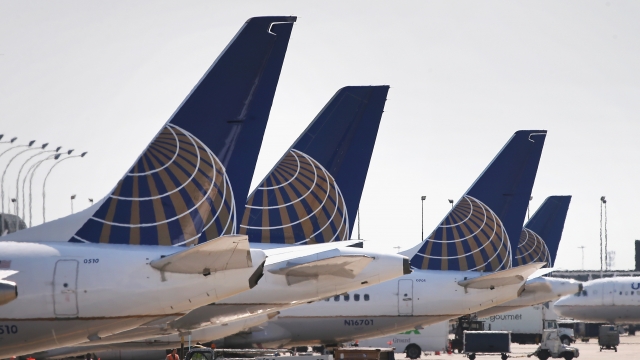 United Airlines is joining other U.S. air carriers in extending flight cancellations over the prolonged grounding of Boeing 737 MAX airplanes.

On Monday, United announced it plans to cancel flights through early July. The airline has 14 737 MAX planes in its fleet. Those planes, and all others operated by U.S. airlines, were grounded indefinitely last month after two fatal crashes involving Boeing 737 MAX 8 aircraft.

United's Boeing 737 MAX planes account for less than 1% of its 4,900 daily flights, so it originally said it didn't anticipate the grounding to have a "significant operational impact" on its business.

But the company now anticipates it'll be much harder to swap out its 737 MAX planes during the peak summer travel season.

Southwest has similarly announced it plans to go without its 737 MAX planes through Aug. 5. And American Airlines said Sunday it's going to cancel 115 flights a day through Aug. 19.

Out of the three U.S. airlines that were affected by the Boeing 737 MAX grounding, United operates the fewest number of affected planes.