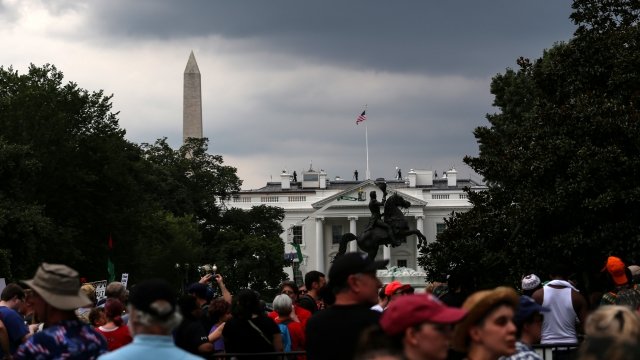 Multiple outlets report that about two dozen people showed up to the far-right rally.

The white nationalist protesters paraded through the city with a heavy police escort to their protected rally area across from the White House.

Jason Kessler, one of the organizers of the rally, said people didn't show up because they were scared of being "overly prosecuted" like they were the year before.

Last year's "Unite the Right" rally in Charlottesville, Virginia, turned deadly, leaving one person dead and injuring dozens of others.

CNN reports at least 40 anti-racism groups gathered in D.C. on Sunday to protest the white nationalist rally, which ended early.