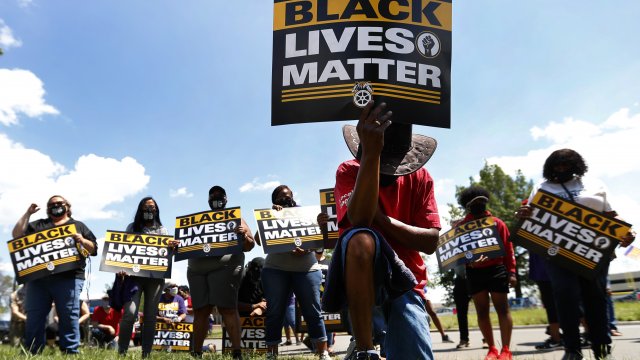 As the nation celebrates Labor Day, labor unions representing millions of workers are reportedly considering strikes in support of the Black Lives Matter movement and other social issues.

The unions include some of the biggest in the U.S., including branches of AFSCME (af-skmee), the S.E.I.U,. and affiliates of the National Education Association. Members include government workers, teachers, truck drivers and autoworkers.

They want local and federal lawmakers to take action on policing reform and systemic racism, as well as redistribute police funds for needs such as universal health care and housing.

In a statement obtained by the Associated Press, the unions said they were inspired by shutdowns by pro athletes after the police shooting of Jacob Blake in Kenosha, Wisconsin. Union leaders said, “They remind us that when we strike to withhold our labor, we have the power to bring an unjust status quo to a grinding halt.”

The "status quo" they are referring to is what millions have been protesting since the May killing of George Floyd. Floyd's death in Minneapolis sparked worldwide protests against racism and excessive police force.

The unions said they would not be striking immediately, but they are in talks of how to amplify their protests.The walkouts would last, quote, "as long as needed."