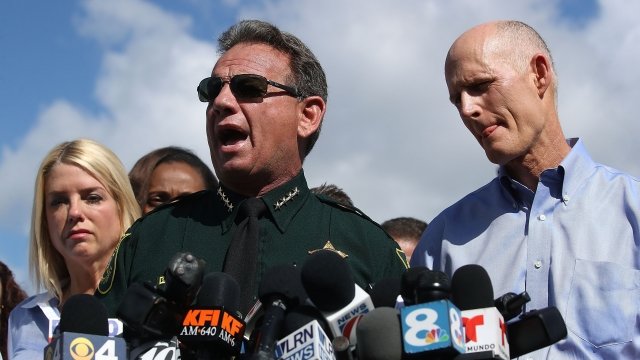 SMS
'The Sheriff Is A Complete Liar' — Broward Deputies Want Israel Gone
By James Packard
By James Packard
April 26, 2018
Deputies say Sheriff Scott Israel's response to the Stoneman Douglas High School shooting was the culmination of many issues with his leadership.
SHOW TRANSCRIPT

Members of a sheriff deputies union in Broward County, Florida, say they'll ask Gov. Rick Scott to remove Sheriff Scott Israel. They say his response to the Marjory Stoneman Douglas High School shooting is evidence he's not able to effectively lead the department. They voted overwhelmingly to rebuke him.

Union members say Israel shouldn't have put so much blame on school resource officer Scot Peterson, who didn't enter the school during the shooting. Israel put Peterson on unpaid leave shortly after the shooting. Peterson then resigned. 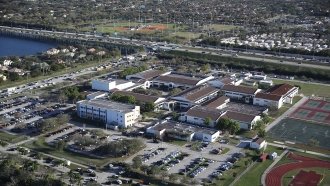 They also say morale at the department is low, and that issues have been simmering for years, but boiled over after the shooting.

Israel called the vote "inconsequential" and said the only reason union members are denouncing him is because he denied them a raise. The head of the union shot back, calling Israel a liar.