The Unemployment Rate Is The Lowest It's Been Since April 2000 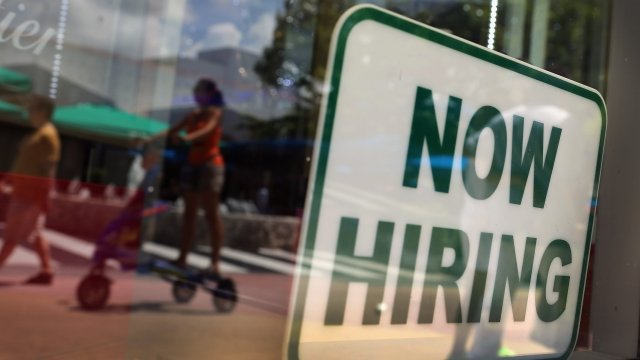 The U.S. unemployment rate dropped to 3.8 percent in May — the lowest it's been since April 2000.

That's according to the newest data from the U.S. Bureau of Labor Statistics. The bureau says the country added over 220,000 jobs in May, which outlets note is more than some economists expected.

CNN reports the U.S. economy has been growing for nearly nine years — the second-longest streak on record.

Tom Donohue was critical of President Trump's trade policies in a memo Thursday.

Not long before the report was released, President Donald Trump tweeted: "Looking forward to seeing the employment numbers." Critics are calling that tweet a potential breach of protocol.

Executive branch employees can't comment on major economic reports until an hour after they're made public.