Unemployment Rate Continues To Drop As It Hits 9-Year Low 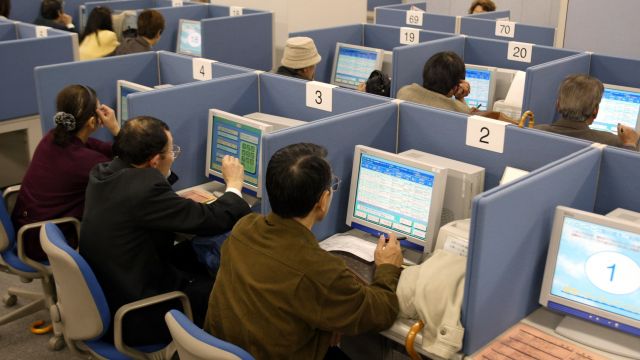 SMS
Unemployment Rate Continues To Drop As It Hits 9-Year Low
By Matt Picht
By Matt Picht
December 2, 2016
The U.S. economy added 178,000 non-farm jobs in November, which is about what economists expected.
SHOW TRANSCRIPT

President Obama is handing off a relatively healthy U.S. economy to his successor.

The Bureau of Labor Statistics reports unemployment has dropped to 4.6 percent of the labor force. Unemployment hasn't been this low since August of 2007.

Average hourly earnings dipped by three cents from last month to $25.89, but they're up by 2.5 percent overall over the past year.

But those new jobs aren't evenly spread out across the economy. Many of the new jobs came from the professional and business service sectors: things like accounting, management and computer systems.

Still, the overall economic picture could inspire the Federal Reserve to raise interest rates during its December meeting.