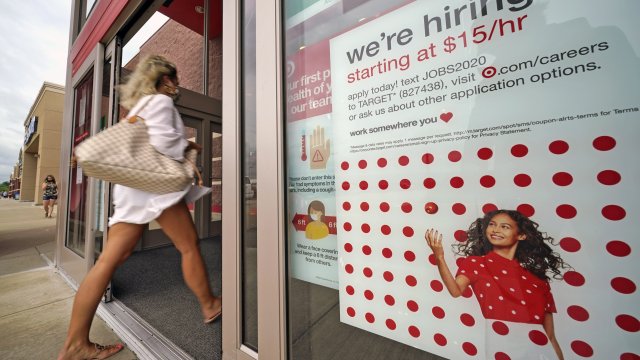 1.4 millions jobs were added to the economy in August, pushing unemployment down to 8.4 percent and surprising most economists.

"This was clearly, on the headline, a much better than expected report," said Danielle DiMartino Booth, CEO of Quill Intelligence and former adviser at the Federal Reserve Bank of Dallas.

This marks the fourth straight month of job gains, with August seeing strong rebounds in retail, hospitality, and education. But the latest report demonstrates a slowdown in hiring.

"This does not portend well for the upcoming job reports," DiMartino Booth said.

It's also the first report since the CARES Act expired, and it's unclear when Congress will pass another stimulus. Earlier this week, Senate Majority Leader Mitch McConnell said both sides still remain far apart.

"All I can tell you at the moment is, we're at a stalemate, so I don't know if we're going to get another package here in the next few weeks or not," McConnell said.

On top of another stimulus bill, the budget deadline is Sept. 30 — meaning another shutdown is in the cards if lawmakers can't reach an agreement in time.