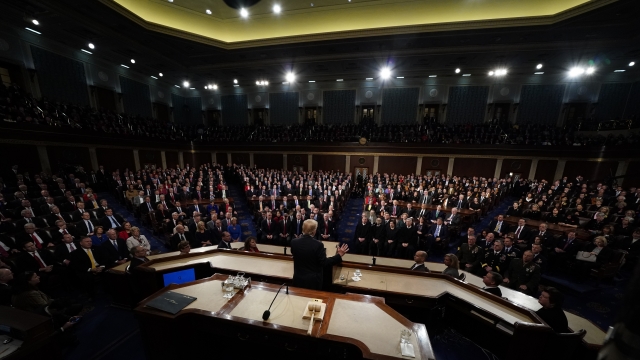 An undocumented worker who used to be employed at Trump National Golf Club in Bedminster, New Jersey, is attending the president's State of the Union address on Feb. 5th.

Democratic Rep. Bonnie Watson Coleman's office confirmed that she has invited Victorina Morales to be her guest.

Morales, who was born in Guatemala, told The New York Times last year that she'd worked illegally as a housekeeper at Trump's New Jersey golf club since 2013.

Multiple outlets report Morales was fired after coming forward, but her attorney told the Washington Post that she was actually never given a termination notice. Instead, under his direction, Morales simply stopped showing up for work after she went public in the Times article — which was published in December.

The president and first lady, as well as members of the House and Senate, are all allowed to bring guests to the State of the Union address. Last year, President Trump invited members of the military and law enforcement, beneficiaries of his tax cut legislation and families whose loved ones were killed by members of the MS-13 gang.