Immigration Is A Lightning Rod, But The Numbers Tell A Nuanced Story 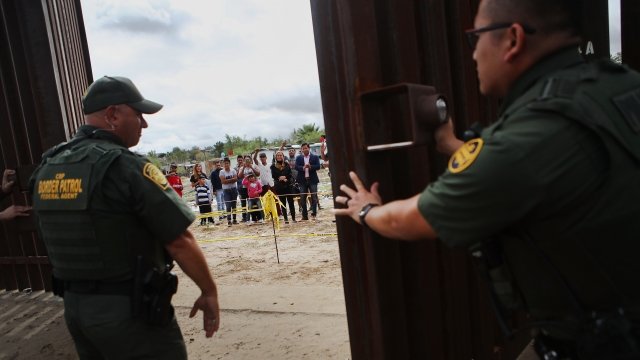 Immigration gets tons of media coverage. But the basic trends are often misunderstood, or a total mystery. What percentage of foreign-born people are living in the U.S. legally? The answer: three-quarters, according to Pew Research. You wouldn't know it by most headline news.

So let's put the full immigration picture into perspective. About 10.7 million immigrants live in the United States illegally. Is that a big number? A small number? Troubling?

Numerically speaking, here's some context, based on Pew's estimates of 2016 government data: 10.7 million is roughly the population of New York City, Phoenix and Sacramento combined. The number has dropped since a high in 2007 of 12.2 million.

That's a drop of 1.5 million unauthorized immigrants — or, sticking with the comparison to cities, roughly the population of San Antonio. The decline is mainly due to a drop in the number of Mexican citizens, as the American economy struggled and the economy back home improved.

Meanwhile, there has been a 375,000-person increase in the number of Central Americans moving to the country illegally, primarily from the three Northern Triangle nations of El Salvador, Guatemala and Honduras.

The estimated unauthorized population breaks down this way, according to Pew: Mexico, No. 1, followed by Central America, then Asia.

The other regions are well below the 1 million mark.

But keep this in mind: The legal immigrant population is far larger. They're the other 75 percent.

About 1 million people were granted "lawful permanent resident status" every year from 2007 to 2017, according to the Department of Homeland Security.

Here's an index of other key facts about immigration:

Apprehensions about the U.S.-Mexico border have teetered around the half-million mark.

Finally, what about crime, aside from initial border crossings? Four studies found no significant link between unauthorized immigration and crime.