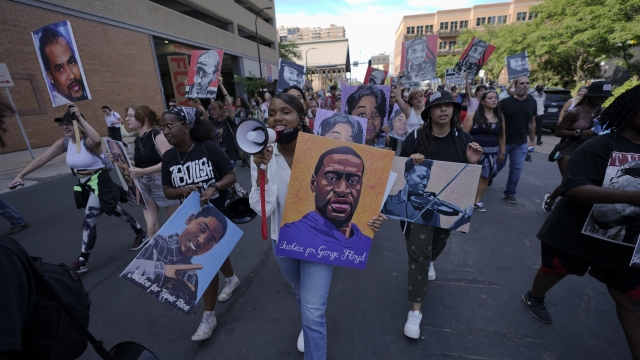 "We saw a need in a lot of the media coverage around America about the way they were describing and commenting on police use-of-force events, and we wanted to help educate that and clarify that," said James Balthazar, senior special agent with the Bureau of Alcohol, Tobacco, Firearms and Explosives (ATF).

The agency says the public doesn't always understand the tense and complex situations and split-second decisions when an officer pulls the trigger.

In a simulator scenario, Newsy's Adi Guajardo had to decide if she should shoot someone who she was told had a gun, though she never saw one.

"The single most important question that you can ask when looking at a police use-of-force incident is based on the totality of the facts and circumstances known to the officer at the time they use force," Balthazar said. "Was the force reasonable?"

Balthazar said Guajardo was too far to use a taser and adds that she was justified to shoot, as there was an "imminent danger of death or serious physical injury." But, some critics say the ATF guidance is out of step with the times.

Josh Parker is a senior staff attorney with The Policing Project, a nonprofit that says policing has to change to prevent tragedies.

"ATF training is a little bit behind and is worthy of criticism," Parker said. "In the past couple of years, we have seen a number of states pass comprehensive reform on issues like use of force, on issues like officer discipline and decertification, or data collection and transparency."

Since Floyd’s death, more than 30 states have passed police reform laws like banning neck restraints, no-knock warrants and even stripping away protections from civil lawsuits.

"People realize that we can't tolerate tragedies like this repeatedly anymore," Parker said.

As more videos like these go public, a push for understanding and reform moves ahead, as passion and policy collide over milliseconds that could end a life.