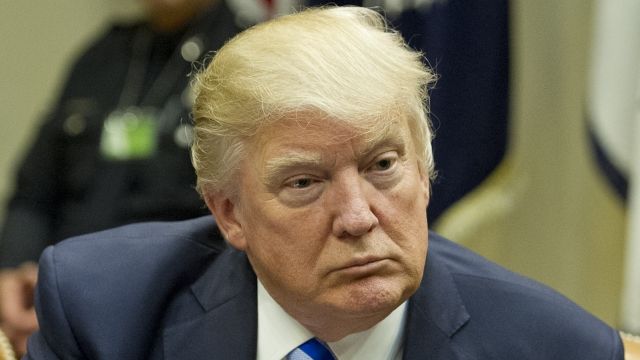 President Trump has given commanders in some situations more power to order strikes without first getting his approval.

It's unclear whether President Trump specifically ordered the drop of the U.S.'s largest non-nuclear bomb to date.

U.S. forces dropped the 11-ton GBU-43 bomb on an ISIS tunnel complex in Afghanistan on Wednesday.

A reporter asked, "Did the president specifically order — authorize the use of this piece of ordnance?"

Spicer responded, "Again, I'm not going to get into details right now.  As I mentioned, I'll let the Department of Defense handle the lead on this one."

The White House's decision to remain tight-lipped on what led up to the decision to drop the bomb is in stark contrast to how it handled the strikes on Syria last week.

It provided reporters a detailed "tick-tock" or chronology of the decision to strike a Syrian air base.

ISIS, Al-Qaeda And Now Assad â The US Adds Another Target In Syria

The Syrian conflict is filled with factions targeted by U.S. missiles.

The president himself gave a little more insight into the use of what's been called the "mother of all bombs" shortly after the daily press briefing Wednesday.

"Did you authorize it, sir?" a reporter asked.

"Everybody knows exactly what happened so — and what I do is I authorize my military. ... We have given them total authorization," Trump responded.

Compared to his predecessor, Trump has reportedly given military commanders greater authority to order strikes — especially in non-war zones.

As the Washington Examiner reported last month, Trump gave commanders fighting Al-Qaeda in the Arabian Peninsula the power to order strikes in Yemen without first getting White House approval.

And just last week, The New York Times reported Defense Secretary Jim Mattis has asked for that authorization to be extended to fighting ISIS.