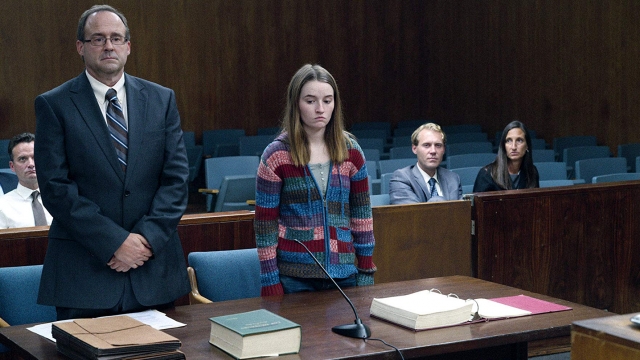 Five black teens who were convicted of a rape they didn't commit. A deadly accident at a Ukrainian nuclear power plant that was preventable. And a woman who told police she was sexually assaulted, only to be accused of lying.

These dramatizations of real-life stories are captivating TV audiences.

The subject matter can be hard to watch, and viewers know a happy ending isn't necessarily coming — unlike some other real-life adaptations we're used to seeing. But shows like "When They See Us," "Chernobyl" and "Unbelievable" are ushering in a new era of mainstream television that's focused more on educating viewers than putting them at ease.

But this idea of serialized versions of historical atrocities can be traced back to the 1970s, when the limited series "Roots" captivated an estimated 130 million viewers with its conversation about American slavery.

"Film does have the power to change things. … If we keep talking about it, if we keep telling and showing and sharing these stories, I believe that we get to a place where people will be intolerant of what is happening," Ava Duvernay, the director of "When They See Us," said.

Culturally, "Roots" was a "sit up and wake up" moment. By presenting the brutal truth about American slavery through the black point of view, viewers were forced to re-examine their preconceived stereotypes. And these 2019 examples are having similar impacts.

For example, sexual assault victims advocates are using momentum from Netflix's "Unbelievable" to urge U.S. lawmakers to reauthorize legislation to get through a backlog of unanalyzed rape kits.

And this type of content seems to be here to stay in Hollywood — at least for a while.

"Chernobyl" and "When They See Us" each took home multiple Emmy wins. They're expected to continue that limited series domination at both the SAG Awards and the Golden Globes in 2020.

And other networks are getting in on the action: ABC is working on an anthology series based around women of the civil rights movement.