UN Will Investigate Israel's Use Of Deadly Force In Gaza Protests 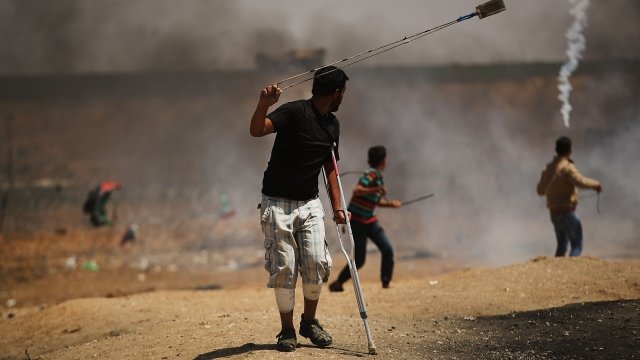 SMS
UN Will Investigate Israel's Use Of Deadly Force In Gaza Protests
By Jake Jones
By Jake Jones
May 18, 2018
More than 100 Palestinians have been killed since mass protests started March 30.
SHOW TRANSCRIPT

The United Nations Human Rights Council has opened an investigation into violence in Gaza.

More than 100 Palestinians have been killed since mass protests started March 30. Israeli soldiers say they posed a threat or were trying to cross the border fence. Over half were killed on Monday at protests coinciding with the U.S. Embassy's opening in Jerusalem.

Before that, Palestinians rallied each week along the border fence to protest Israeli occupation and a crippling blockade on Gaza.

Both Israel and the U.S. criticized the investigation. The two nations maintain the council holds an anti-Israel bias.

Of the 47 member-states on the council, 29 backed the investigation. Fourteen abstained. The U.S. and Australia opposed the measure.