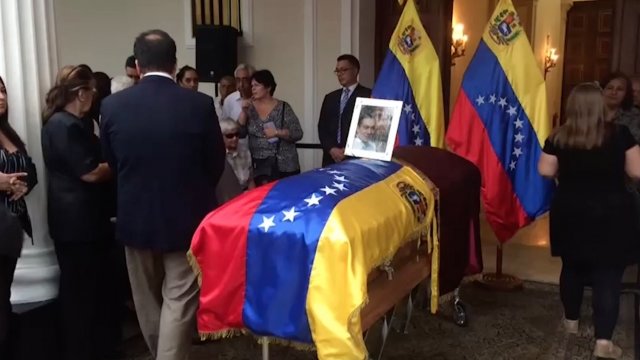 By Caitlin Baldwin
October 9, 2018
Fernando Albán was jailed Friday by Venezuelan officials who allege he was part of an attempt to kill the country's president.
SHOW TRANSCRIPT

The U.N. Human Rights Office is calling for a transparent, independent investigation into the death of a Venezuelan opposition councilman while in custody.

The government claims Fernando Albán jumped out of a window on the 10th floor of the building he was being held in.

But opposition leaders argue his death was an assassination.

A U.N. Human Rights Council spokesperson said in a news conference the U.N. wants clarification on the circumstances of Albán's death.

Albán was jailed Friday by Venezuelan intelligence officials who allege he was part of an attempt to kill President Nicolás Maduro.