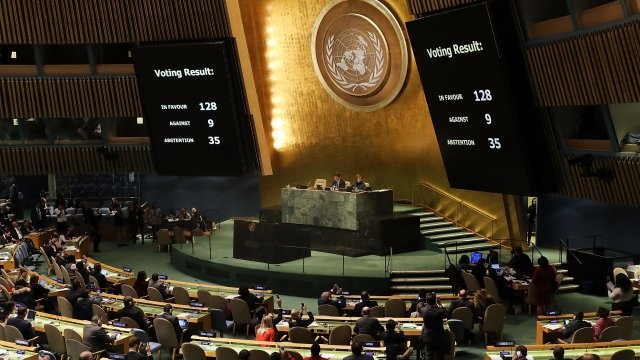 The U.N. General Assembly voted on a non-binding resolution condemning the U.S.' recognition of Jerusalem as Israel's capital.

There were 128 countries that voted in favor of the resolution; nine opposed it. But 35 nations chose not to vote at all, likely to avoid angering the Trump administration.

The resolution is symbolic and will not have legal consequences for the U.S. or Israel. However, it calls for the U.S. to back off its declaration. It also asks countries to not hold diplomatic missions in Jerusalem. 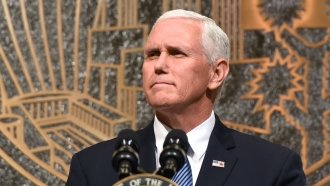 Pence Is Pushing Back His Trip To Israel

President Trump said he was watching this vote to see which countries support the resolution.