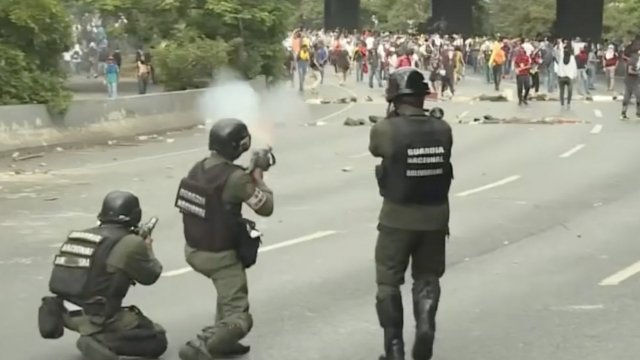 Venezuelan security forces have killed hundreds in what could count as extrajudicial executions, according to the United Nations.

A new report claims officers under the guise of fighting crime killed more than 500 people, mostly in poor neighborhoods, in less than two years.

The report claims the killings are often covered up by the officers. UN officials have called for the International Criminal Court to investigate.

This comes as Venezuela also deals with a crippling economic crisis and a crackdown on President Nicolás Maduro's opposition.