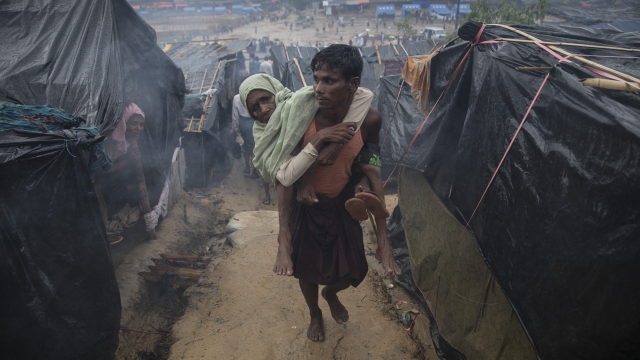 SMS
UN Urges Nations To Cut Support To Myanmar's Military
By Ahmed Jawadi
By Ahmed Jawadi
May 14, 2019
​The U.N. urged countries to sever "all financial and other support to Myanmar's military" and called for its military leaders to be prosecuted.
SHOW TRANSCRIPT

The United Nations has called for the international community to cut all ties with Myanmar's military.

On Tuesday, the U.N. Human Rights Council urged countries to sever "all financial and other support to Myanmar's military" and repeated calls for its army leaders to be prosecuted on "charges of war crimes, crimes against humanity and genocide."

The U.N. added that there's yet to be any progress toward resolving the crisis over the persecution and genocide of Myanmar's Rohingya Muslims. As such, the organization said the international community needs "to identify who and what should be targeted so we can cut off the money supply as a means of increasing the pressure and reducing the violence."

A U.N. report released last year found "clear patterns of violations by the Myanmar military," including killing thousands of Rohingya civilians and burning hundreds of settlements. More than 725,000 Rohingya were deported to Bangladesh after a military crackdown in 2017. Myanmar's government has persistently denied the allegations, saying its military was only responding to attacks by Rohingya militants.