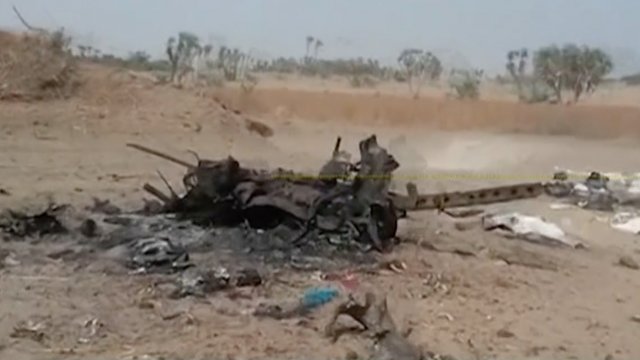 The United Nations accused a Saudi-led coalition of killing at least 26 people, including children, in a series of airstrikes in Yemen.

The U.N. says it's the second time this month coalition airstrikes have killed dozens of civilians in Yemen. Those deaths have largely been children — at least 22 were among the dead in Thursday's strikes.

The Saudi-led coalition hadn't commented on those strikes as of Friday night. But they follow the deaths of 40 children earlier this month who died when an airstrike hit a bus. At the time, a coalition spokesperson described the market the bus was in as a"legitimate target."

The Saudi-led coalition has been fighting Houthi rebels in Yemen since 2015. The conflict has killed thousands of people, and caused widespread food shortages and outbreaks of cholera.