UN Says France Needs To Act On Its 'Homelessness Crisis' 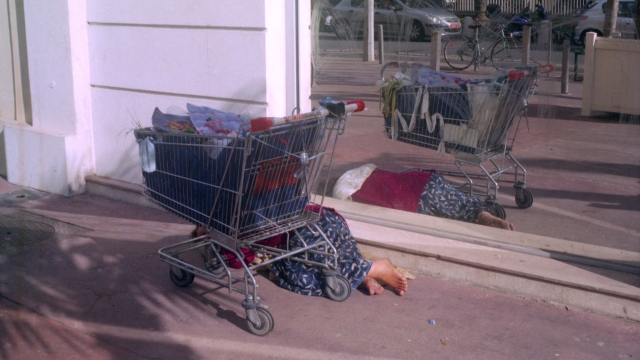 The UN says France isn't doing enough to help its "homelessness crisis," and is facing several human rights concerns over it's approach to housing.

The UN's special rapporteur on adequate housing said in a statement Friday, that "there is insufficient affordable housing supply, including social housing, for those in need," despite the country "[recognizing] the right to housing in its national legal framework."

According to the last government census, homelessness in France increased from approximately 93,000 in 2001 to more than 141,000 in 2012. According to a French charity that tracks homeless deaths, at least one person dies every day as a result of living on the street.

The rapporteur also took issue with French police forcefully evicting people living in tents and informal settlements without offering prior notice or alternative shelter, saying "evictions into homelessness are strictly prohibited under international law and a severe violation of the right to adequate housing and other human rights."

She provided some recommendations, saying France needs to improve its implementation of its housing laws, work towards long term housing solutions, and stop all practices of forced evictions.