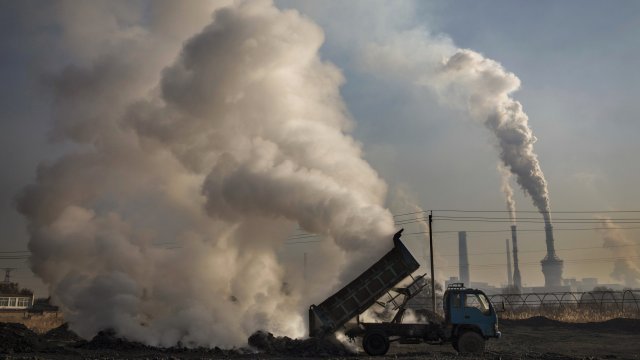 Three gases that are some of the main drivers of climate change reached record levels in 2017. That's according to the UN's World Meteorological Organization.

The three gases — carbon dioxide, methane and nitrous oxide — are well above their pre-industrial levels.

Carbon dioxide is the worst offender of the bunch. The head of the organization told Reuters half of the post-industrial increase in carbon dioxide came in the last 30 years.

And the secretary-general told The Guardian the Earth hasn't experienced comparable concentrations of carbon dioxide in the atmosphere in 3 million to 5 million years. At that time, global temperatures were 2-3 degrees Celsius warmer and sea levels were 10-20 meters higher.

In December, the UN's climate change conference will take place in Poland. Participants will try to finalize the rules for following the 2015 Paris climate agreement. That agreement set sweeping goals to limit fossil fuels this century.